The speaker Oliver Burrows was part of the previous event. To review the most recent speakers list, click here.
View All Speakers 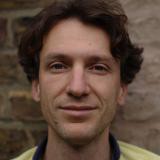 Oliver began his career at the Bank of England as an economist in 2002. He worked in a variety of economic policy roles and separately spent three years in a macro hedge fund. He moved across to manage the Data and Statistics Division of the Bank in 2016 and became the Bank’s second Chief Data Officer in 2017. His responsibilities span the production of the Bank’s statistical datasets, quality assurance of regulatory data, internal data governance and planning for the Bank’s future data needs, covering both data collected from firms and internal analytical capability.

Check out the incredible speaker line-up to see who will be joining Oliver.

*Processing your payment may take a moment. Please click submit payment only once, and do not refresh this page. Doing so may result in your credit card being charged more than once.

We use cookies and similar technologies to recognize your visits and preferences, as well as to measure the effectiveness of campaigns and analyze traffic.
To learn more about cookies, including how to disable them, view our Cookie Policy